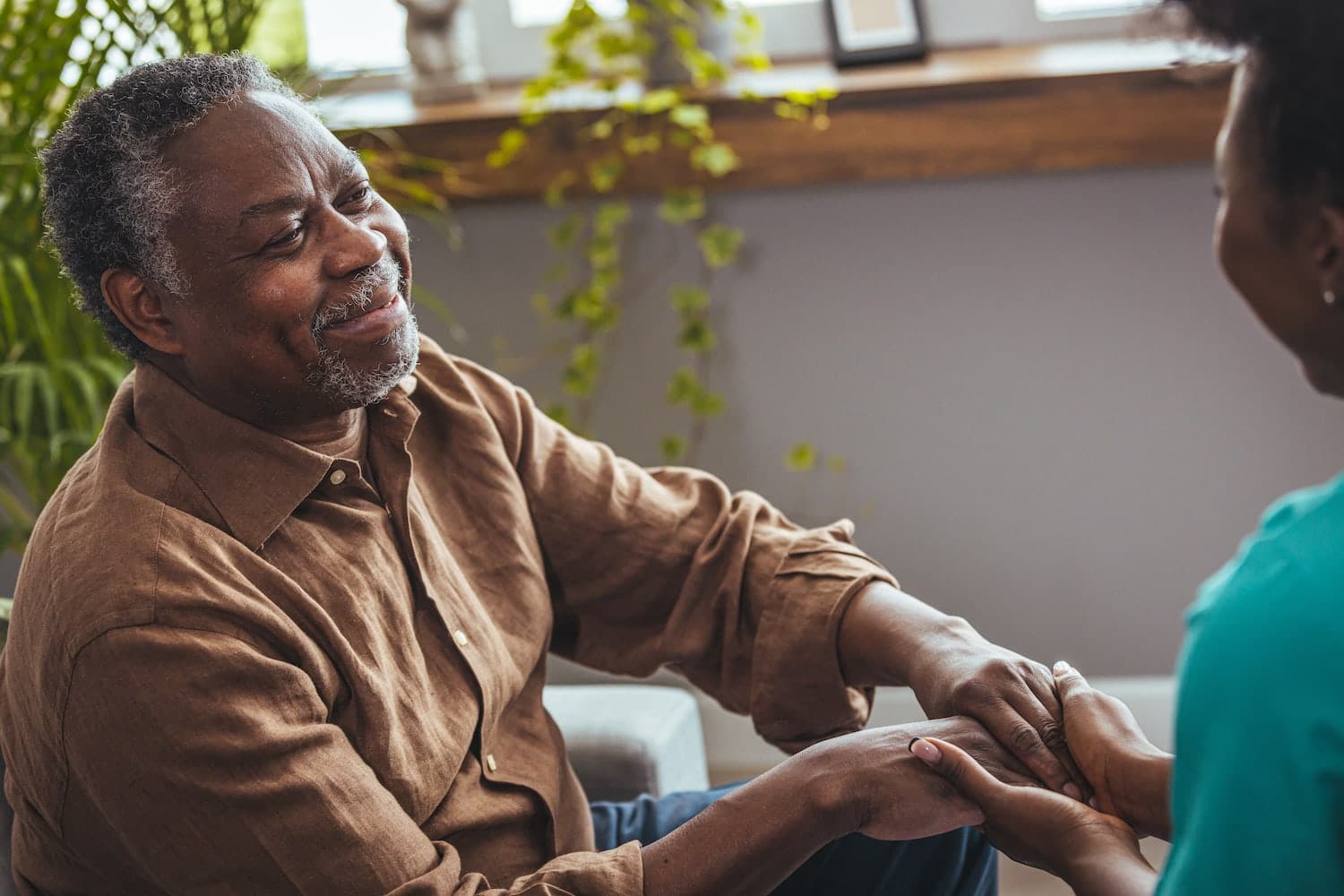 Did you know one in three adults over the age of 85 will develop one or more forms of dementia? This shocking statistic misleads many people to believe that dementia is a normal part of aging, in general— this is not the case.

There is, unfortunately, something called pseudodementia which is often uncovered only when someone has been misdiagnosed with dementia because their symptoms mimic that of dementia. These might include:

These symptoms or memory loss, in general, may be related to a head injury, substance abuse, thyroid issues, or even depression. It’s vital to know what you can or cannot do to combat these signs of aging and how to determine if it is actually dementia. So to help with this, we’ve come up with a few ways to improve memory in older adults plus tips for managing the symptoms of dementia even though it is not curable.

What Are the Types of Irreversible Dementia?

First, let’s define dementia. Dementia is a condition that impacts the ability of people to perform daily tasks, such as dressing themselves and bathing. It’s more of a broad term, but a person with dementia may experience memory loss or cognitive changes in attention span; they might also have problems with logical reasoning. There are some common types of dementia that are incurable and irreversible— those include: 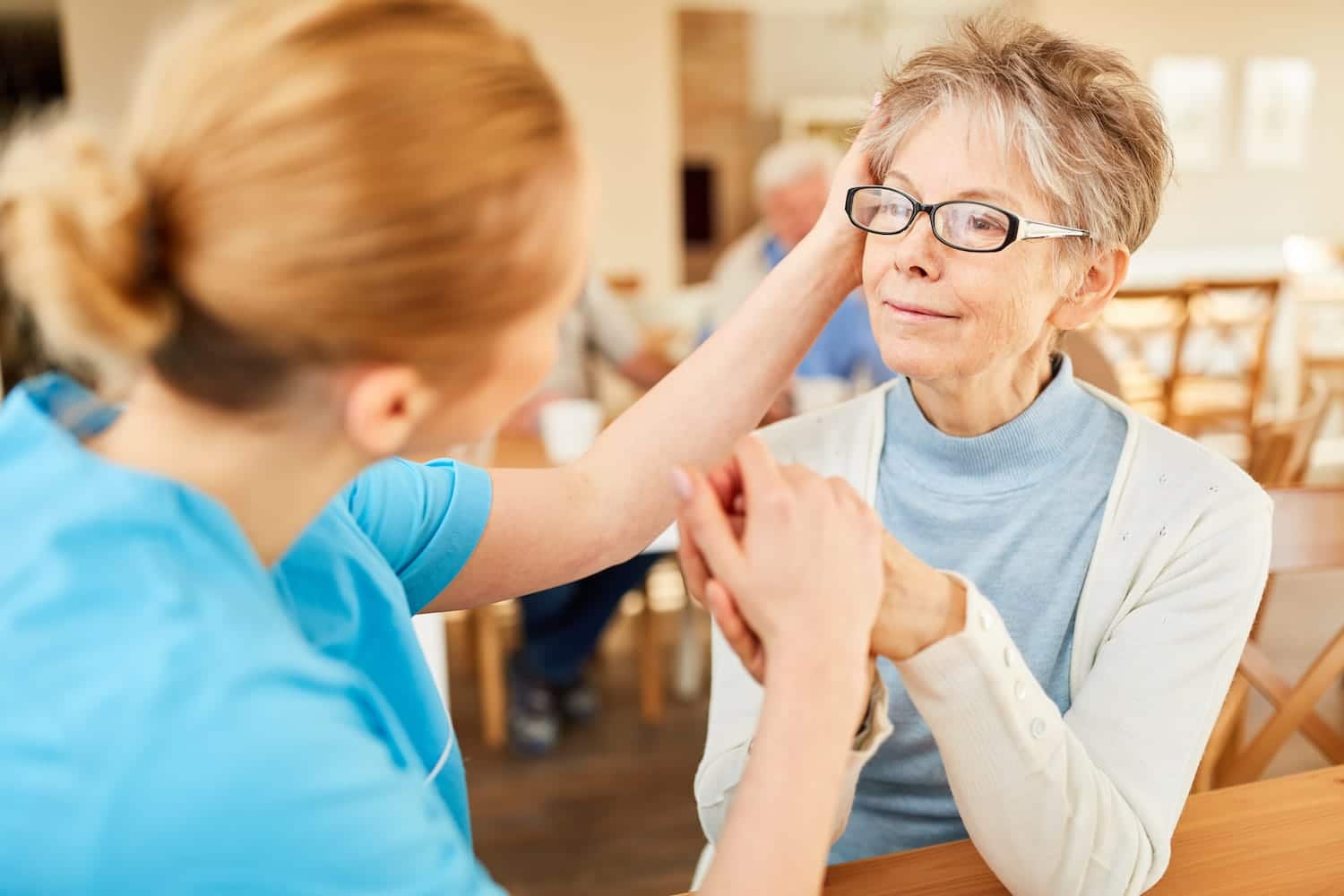 The most common form of dementia is Alzheimer’s disease. Alzheimer’s is caused by actual changes in the brain from abnormal protein and plaque build-up causes these cognitive decline. And depending on where the plaques occur, it can mean different symptoms in the person with Alzheimer’s.

Some people may experience more decline in their speech and communication while others may have more physical symptoms like loss of bladder function or the ability to walk. And others may just lose their memory, whether short or long-term, or both.

Vascular dementia is the second most common type of dementia and can be caused by a series of mini-strokes or one large stroke that cuts off blood flow to the brain. This could also be caused by a brain injury that cuts off blood to the brain as well. This can lead to problems with executive functioning, such as planning and organizing, as well as problems with short-term memory.

This rare form of dementia is more prevalent in younger adults (60 or under) and occurs when there are abnormal amounts of the proteins tau and TDP-43 in the brain. These proteins also occur in Alzheimer’s, but at much higher levels. This type of dementia can lead to changes in behavior and personality as well as difficulty with language.

Lewy bodies are the name of a certain protein called alpha-synuclein. Excess deposits of the protein, or Lewy bodies, in the brain cause this form of dementia. Symptoms might include the following.

We mentioned earlier pseudodementia, which is when something displays as dementia, but actually is not. These causes of dementia-like symptoms are reversible and treatable with proper diagnosis and intervention. These causes might include:

People who’ve experienced any of the above issues can have an increased risk of developing dementia-like symptoms. And doctors may even misdiagnose and treat them as if they have dementia. Early treatment for any memory problems associated with these causes is vital to improving and even curing these symptoms.

Is Memory Impairment the Only Symptom of Dementia?

No, as we briefly mentioned before, there are other symptoms that may be linked with dementia that aren’t memory loss. These include:

Contrary to popular misconceptions, it’s not just memory loss. These other symptoms may not be as apparent in the early stages of dementia, but as the condition progresses, they will become more pronounced and have a significant impact on daily life.

Once someone begins to lose cognitive function, their condition can worsen rapidly, especially without proper intervention. But there are some things that caregivers, patients, people with dementia, and professional nursing homes can do to help offset the symptoms of dementia and help improve memory and cognitive function and abilities.

As we age, we all lose some neurons. However, people with dementia experience far greater loss. But for people experiencing more minor memory issues not associated with dementia, there are some ways to help boost brain power and hold on to your short and long-term memory a little longer. Some tips for improving memory in aging adults are:

One of the simplest and most effective ways to improve memory is by getting enough sleep. Just like when we were kids, and our parents made us go to bed early so we could wake up refreshed for school, sleep helps the brain function properly. When we’re asleep, our brains are able to process information and store memories. So, if you’re struggling to remember things, try getting more sleep.

2) Physical Exercise— Get Up and Walk! 🚶

Moving your body is always a good way to not only maintain a healthy weight and improve heart health but keep your overall mental health in tip-top shape. One study conducted by the Frontiers in Aging Neuroscience measured the effects on the brain in 37 participants over 6 weeks of doing moderate daily exercise.

The findings showed a positive improvement in brain, cognition, and cardiovascular fitness. There was overwhelming evidence of higher resting blood flow to the brain in the majority of participants as well. The brain needs oxygen, blood, and fuel just like the rest of our body, so physical exercise can absolutely improve brain cognition and memory.

Socializing is a major factor in helping combat depression and loneliness, and even helps fight disease and injury. Older people who live in senior living communities can take advantage of regular social activities, which can help boost memory, fight depression, and stay full of vigor and vitality.

Chances are you’ve probably played the game “Memory” at some point in your life. It’s the game where you lay a bunch of cards face down, then flip two up at once and see if they match. If they don’t match, you flip them back over, trying again, until you match up every pair in the deck. This game boosts memory function because to play the game quickly, you must remember where certain cards were when you flipped them up to look. But this isn’t the only memory brain activity. Other memory-boosting games and puzzles include:

While these memory-boosting tips aren’t a cure-all for dementia or aging, they can help slow down loss of memory and help boost overall wellbeing and health.

When to Seek Professional Memory Care

If you or a loved one is struggling with more serious memory issues, it might be time to seek professional help. Memory care is a type of long-term care that specifically focuses on the needs of people with Alzheimer’s disease, dementia, and other cognitive impairments.

A senior living community like Sunflower Communities can provide a safe and supportive environment for those with memory issues and symptoms of dementia. If you’re interested in scheduling a facility tour, learning more about our memory care program, or just want more information— reach out to Sunflower Communities right away!