How to Talk to Someone with Dementia: Caregiver Tips 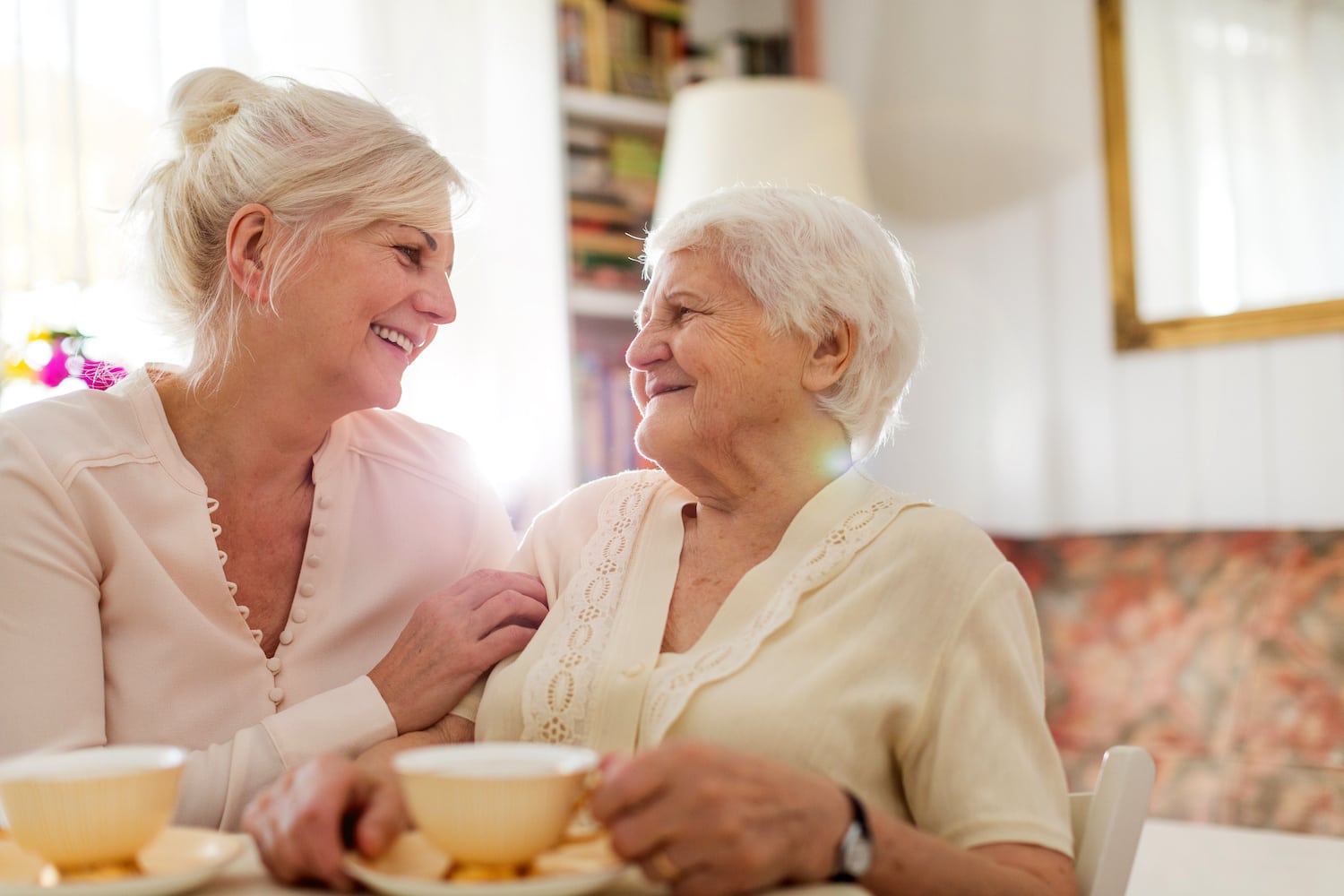 Trying to learn the best methods on how to talk to someone with dementia?

Memory is the most commonly associated symptom of dementia, but did you know language is also highly affected? People with dementia, particularly those with the less common Frontotemporal dementia (FTD), will experience direct effects on the part of the brain in charge of communication.

As someone enters the later stages of dementia, they may become non-verbal. The parts of their brain that communicate language outwardly and understand incoming language are negatively impacted as dementia progress (at which point memory care becomes a more serious option).

And actually, language is sometimes even the first symptom of dementia before memory issues begin. So solidifying good communication with dementia patients early on is vital to their therapy and ensuring they feel safe, comfortable, and heard. 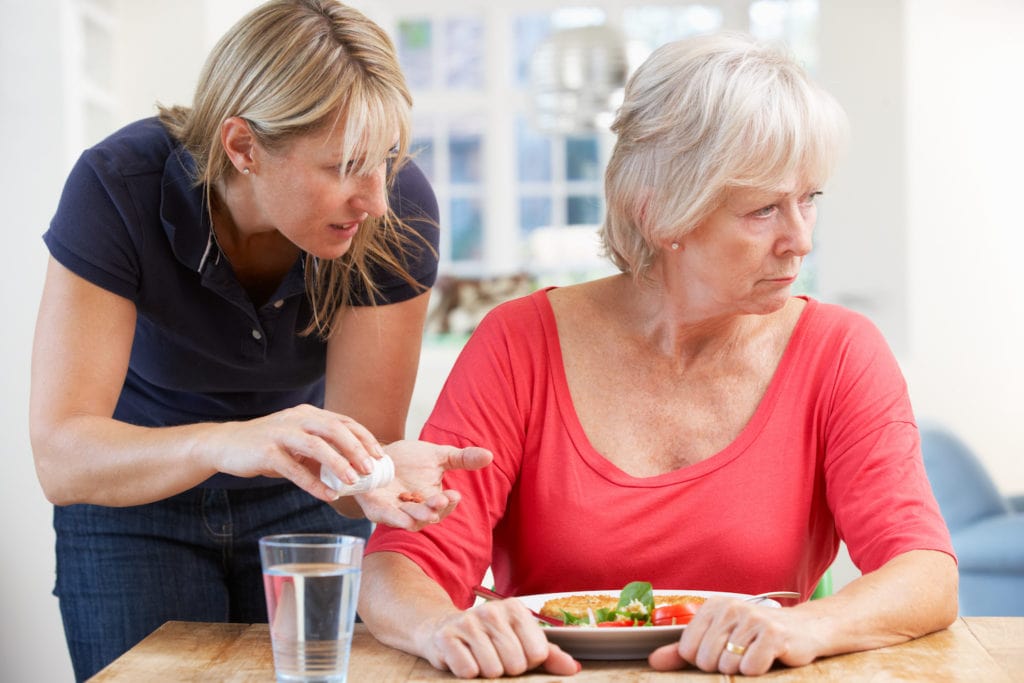 12 Caregiver Tips to Communicate Effectively With People With Dementia

It’s one thing to know how to physically care for someone with dementia by helping them:

But it’s quite another to communicate and make that emotional connection. Without that, it can exacerbate anxiety, depression, agitation, and other behavioral symptoms associated with dementia.

The tips below are as vital a part of dementia care as all of the rest. This helpful guide can ensure caregivers and nurses give their absolute best care to their dementia patients, so they can live fulfilling lives.

Calling them honey, sweetheart, or anything but their name can confuse them and agitate them. Speak to your patients or loved one in a calm, normal voice, using their actual name or preferred nicknames. This will get you a better and more attentive response.

Another way to quickly lose communication is to use many slang words or figures of speech or say things in an unclear way. Slang can be a generational thing, and using current slang may confuse the individual. Just keep things light, simple, to the point, and you’ll be able to get your point across without losing them.

It can sometimes be difficult to maintain composure when trying to communicate with an irritated patient. But further interrogating them if they aren’t listening or cooperating is the last thing you should do. Try these tactics instead:

Once everyone is calm, you can try again to get them to do what you need them to do, but with a different attitude and mindset.

4. Don’t Ignore Them When They’re Trying to Communicate

Despite having severe issues with communication or understanding, dementia patients may still have cognition that comes and goes or is more than you think. So do not ignore them or talk about them like they’re not in the room. The wonder of dementia is that it is so complex that speech and communication could be there sometimes, with certain things, and gone the next.

Also, don’t ignore them because they may be trying to say something, but it’s coming out verbally in the wrong way. Repetition can also be a tick or a way for them to communicate in a roundabout way that their brain just isn’t connecting. So pay attention to things they say frequently or at certain times, and don’t ignore them, especially if you notice them getting irritated. 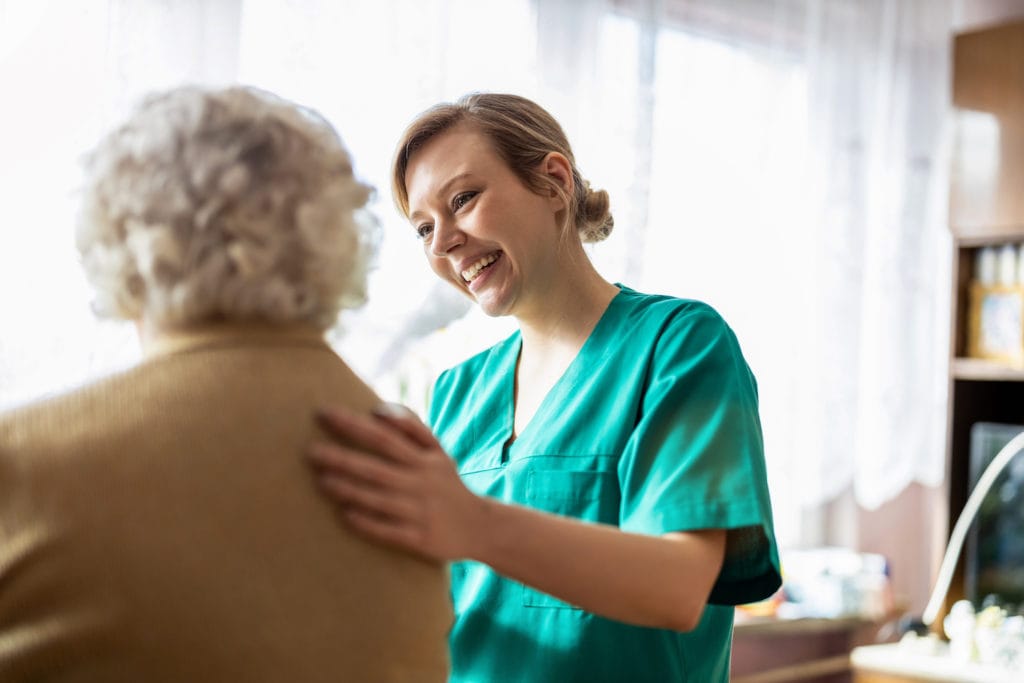 5. Engage in Gentle Touch (If They’re Okay With That)

Some people with dementia get very agitated with physical touch, so don’t always use it during a conversation if that’s the case. However, a slight gentle touch can help them engage more with you and listen to what you’re saying.

6. Guide the Conversation, But Be Patient

It can be challenging to keep a conversation going with someone who has dementia. So try to guide the conversation, but not in an interrogating way. Use open-ended questions that can’t be answered with a yes or no, and build on what they say.

You may have to repeat yourself or use simpler words, but if you’re patient, they’ll be able to follow along.

7. Even if They Don’t Respond, It Doesn’t Mean They’re Not Listening

It’s easy to get discouraged when you feel like your loved one with dementia isn’t responding to you, but that doesn’t mean they aren’t listening. They often take in everything you’re saying, even if they can’t respond. So be encouraged by that and keep talking to them in a comfortable way for both of you.

Infantilizing Alzheimer’s or dementia patients is a prevalent and unfortunate thing that happens with loved ones or even caretakers. Elderspeak is when people speak to older adults in a high-pitched, slow voice as they would a baby.

9. Speak Clear and Concise, Not Loud

Speaking louder doesn’t mean they’re going to listen better. In the case of dementia, loud voices and noises may actually be interpreted as a sign of aggression and could trigger some anxiety and agitation within them.

So if they aren’t hearing you, or aren’t listening to what you’re saying, try to say it clearly, in a low but stern voice, without raising the volume. Clear, concise, and consistent communication will come across more than yelling ever will.

Ensure they know you are speaking directly to them and gain their full attention. If you have to, get down to eye level if they’re in a wheelchair and make direct eye contact. This lets them know that you are speaking right to them, and they must pay attention. And because older individuals may also have issues hearing or seeing, this ensures you can get their full undivided attention, and they can intently listen. 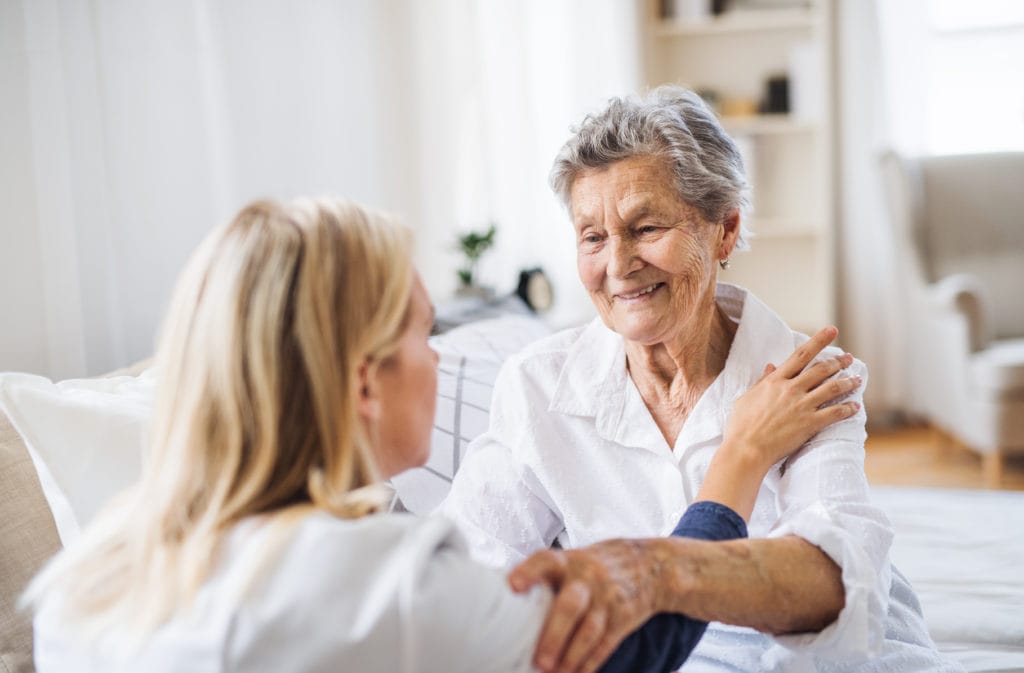 11. Use Facial Expression to Emote Feelings

A huge part of communicating is emotional. Of course, you can speak expressionlessly and say what you need to say, but it will not have the same impact. People utilize all aspects of communication, from hand movements to facial expressions, to fully grasp what you’re trying to say.

The same goes for communicating with people with memory issues. By smiling and expressing emotion in yourself, they can be more engaged and understand more what you are saying or at least try to communicate with them. If you laugh, they may understand you’re making a joke. If you frown, they might recognize it’s a serious conversation and pay attention.

There are times when words just don’t cut it. And that’s okay. You can try other ways of communicating with people who have dementia. Sometimes, body language or visual aids are better than words to get the point across.

For example, you could show them a picture of the family if they’re asking for their loved ones. Or, if they’re getting agitated, you could try to calm them down with a gentle touch or by showing them something peaceful.

The main idea is to be as creative as possible and use every tool in your arsenal to communicate with them effectively. 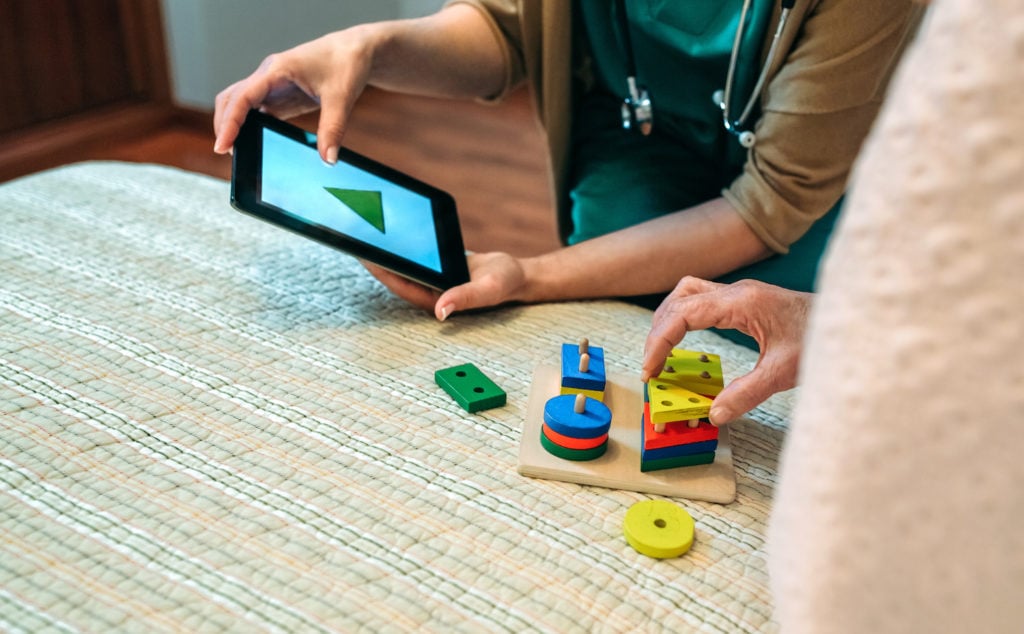 Other Considerations When Talking to Someone With Dementia

Someone with dementia may not be able to use all of their senses to communicate. They’re also trying to weed through anxiety, depression, insomnia, physical discomfort, and all of the other ailments that come with age.

So arming yourself with this knowledge, and knowing it’s not personal, can help guide you through tough (or easy) conversations with them.

Ultimately, having a support system of care providers, doctors, involved family members, and communication tools can help alleviate many of the struggles you may have.

For more tips and programs for memory care and treating a person with dementia, check out Sunflower Communities. Our caregivers are highly trained to deal with the difficulties of talking to someone with dementia and ensuring they get the best possible quality of life.

If you are the family of a loved one with dementia, and you need this environment for them to thrive, please don’t hesitate to reach out to us!