7 Stages of Dementia: When to Transition to Memory Care 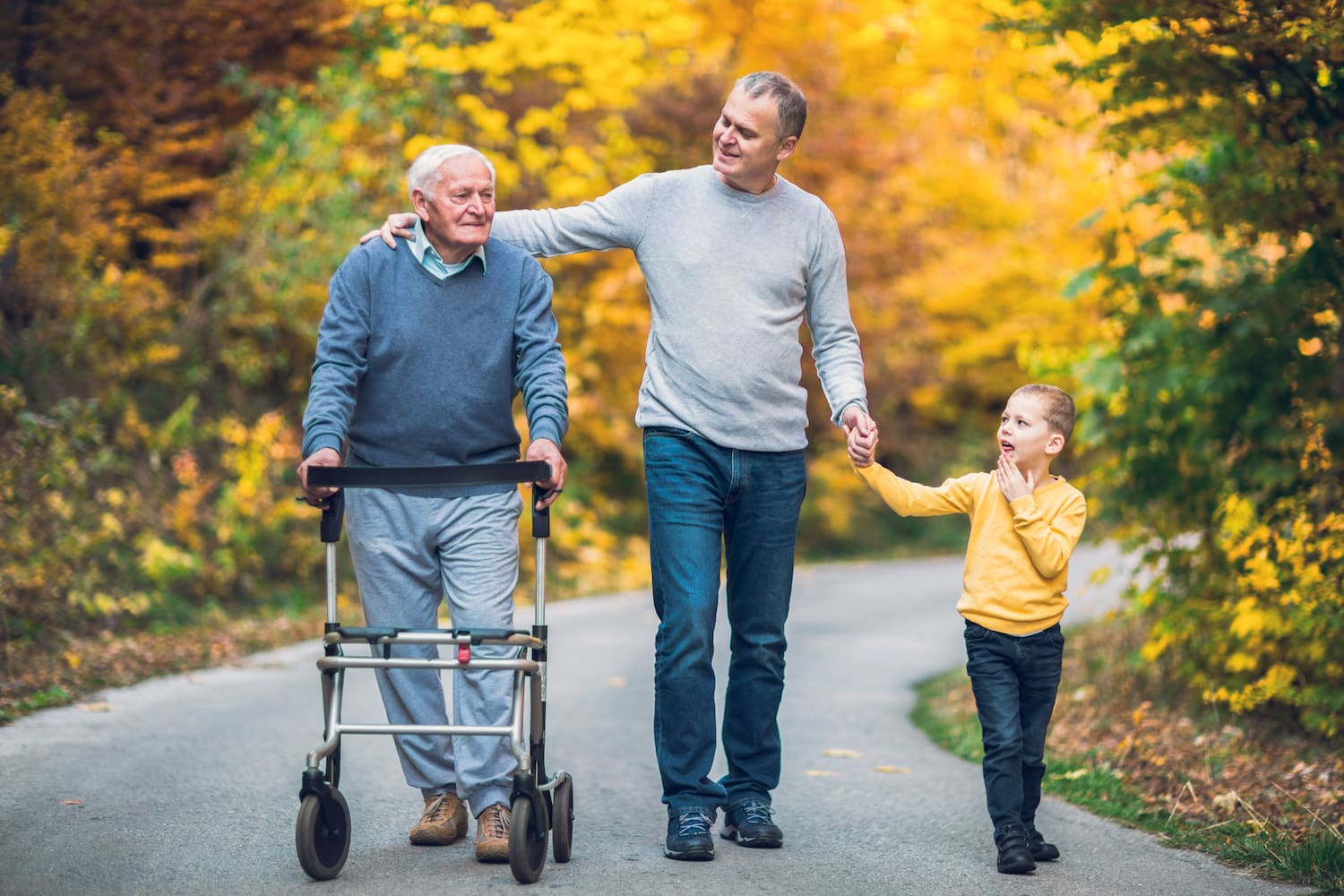 Dementia is not something that just appears one day. It can take weeks, months, or years to progress into a form of dementia that requires memory care. Dementia is also misconstrued as a singular disease, but it’s actually a grouping of symptoms that can drastically affect brain function. Everything from making decisions to performing daily tasks becomes difficult as dementia advances, and most commonly, memory loss is a tell-tale symptom.

Getting ahead of dementia symptoms can ensure easy transitions from memory care to hospice care and everything in between. So knowing the various stages of dementia and how to respond can help alleviate a lot of stress and anxiety from both the patient and the caregivers.

The seven stages are:

Today we’ll identify each stage (and type) of dementia with the signs, symptoms, and what to do next to plan ahead—plus when it’s time to seek out professional memory care. 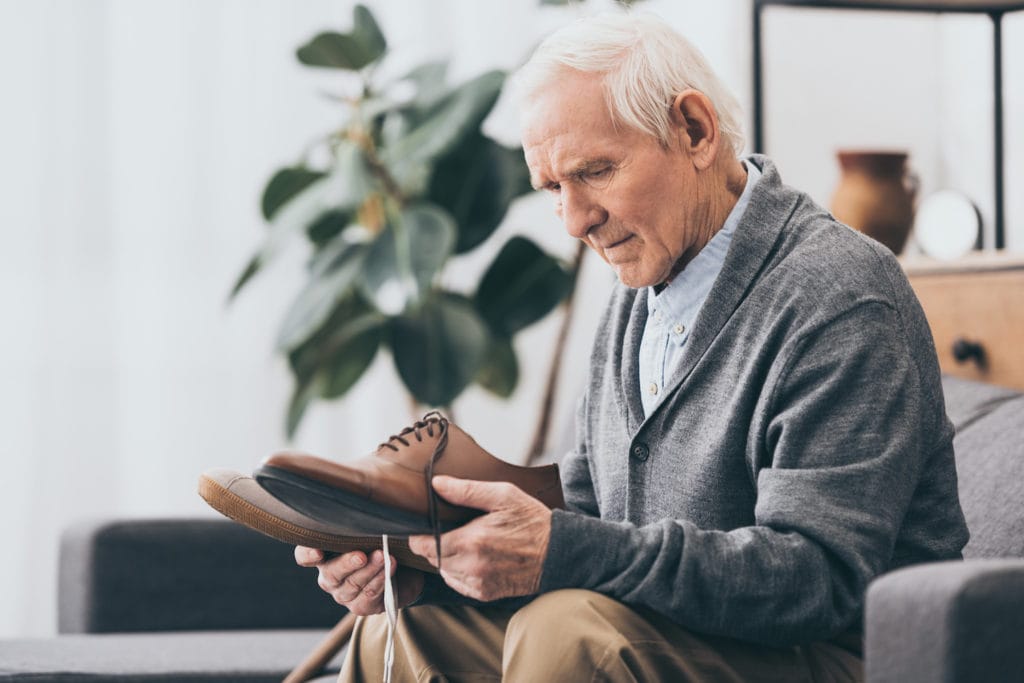 The Most Common Forms of Dementia

By far, the most common cause and most widely known form of dementia is Alzheimer’s disease. Alzheimer’s affects the parts of the brain responsible for memory, language, and thought. As of 2020, over 5.8 million people in America were living with the disease. That number is expected to surpass 14 million by 2060.

As it progresses, it can become incredibly difficult, if not impossible, for individuals to carry out minimal tasks and eventually require round-the-clock care. It’s an awful, debilitating disease and one of the top ten most common causes of death in U.S. adults.

Alzheimer’s disease creates physical plaques and protein build-up in the brain, which causes brain damage, leading to organ failure and death. In-depth research continues as scientists and medical professionals try to find a cure: find out more information or donate to the Alzheimer’s Association here.

Lewy body dementia affects nearly 1 million Americans today. Lewy body dementia is similar to Alzheimer’s in that it involves a build-up of proteins in the brain. However, those abnormal protein deposits (Lewy bodies) aid in neurotransmitter loss, which severely affects mood, behavior, movement, and cognition. Because of this, the early stages of Lewy body are often mistaken for psychiatric or behavioral disorders.

Signs and symptoms of Lewy body dementia look a little different than Alzheimer’s and might include:

As the name suggests, frontotemporal dementia (FTD), or frontotemporal disorder, affects the temporal and frontal lobes of the brain. This is also a progressive disease as symptoms worsen with time.

However, FT symptoms can occur much, much earlier in life. Nearly 60% of people diagnosed with FTD are between the ages of 45 and 65.

There is also no specific life expectancy with this type of dementia. Medical professionals have seen people live 10+ years post-diagnosis, while others may only live a year or two longer than the onset of symptoms.

The most common type of FTD is behavioral variant frontotemporal dementia (bvFTD). This type directly affects one’s behavior, personality, judgment, temperament, etc. The signs of this can include:

Language aphasia and movement disorders are also symptoms of frontotemporal disorders and dementia. Primary progressive aphasia will affect how one communicates or even interacts with people. This can affect both speaking and understanding language. Most people with dementia will develop some level of PPA, but the three categories look like this, based on the symptoms associated:

Vascular dementia can happen over time. For example, people with diabetes or other conditions that make them at high risk for strokes may suffer multiple strokes before inevitably dementia sets in.

On the other hand, someone who has heart surgery that causes a lack of oxygen to the brain, or a blood clot as they recover, could have a quick onset of vascular dementia. Either way, treatments can help alleviate symptoms, but like any other dementia, there is no cure.

Lastly, mixed dementia can be any combination of the above issues. For example, the most common type of mixed dementia is vascular dementia, with the plaques caused by Alzheimer’s disease. It’s unclear how many people living with dementia have a mixed form, and it is often undiscovered until an autopsy.

A study done by the National Institute of Aging (NIA) focused on cognitive decline and dementia, which was followed by autopsies of all participants. They found that 94% of those with dementia had Alzheimer’s disease. And of those people, over half showed coexisting issues such as vascular or Lewy body dementia. 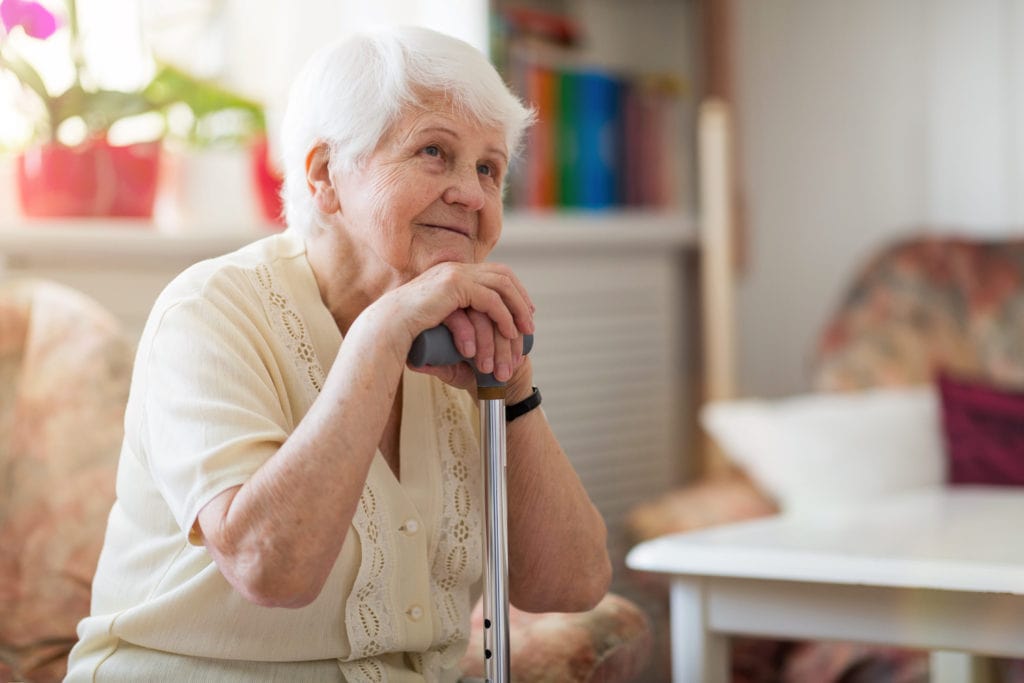 The Seven Stages of Dementia Progression

Many of the stages of dementia can look similar across different types and forms of dementia. The stages we’ll go through below will most closely resemble those of Alzheimer’s disease.

Stage 1 doesn’t show any signs of dementia. Your loved ones may be living out their lives with no disruptions or interference. But this is also a perfect stage to begin planning ahead if there are concerns about dementia in the family or to get ahead of any issues.

You may see some very mild memory issues that could very well be associated with aging. As we get older, our memory does begin to fade for one reason or another. If your loved one has trouble remembering things long ago or stumbling over words, keep an eye on it if it progresses.

You may see a bit more impact on day-to-day life during this stage as memory loss becomes a little more apparent. Your loved one may also take longer to do things like finding something at home, paying their bills, making a phone call, use the TV remote—it can start small but progress rapidly from there. You may also notice:

This might be the stage in which you take their license away, get them some help with basic managing of appointments, housework, etc.

Stage 4 is similar to stage 3 but with a little more severity. Your loved one may require an in-house care assistant to chauffeur them to appointments, keep the house tidy, help them manage their bills and finances, and even safely navigate stairs or other hazardous parts of the home.

If possible, it could be the right time to get your loved one into a new home with fewer obstacles, or even a senior living community where these tasks can be easier to manage.

Signs that your loved one has progressed to this stage might include:

This might be where you start to consider memory care for your loved one. Some senior living facilities offer memory care in addition to upholding their independence in a senior apartment.

Now we’re getting into the severe later stages of dementia where people’s quality of life suffers. Individuals in this stage may have trouble going to the bathroom, getting dressed, brushing their teeth, and even eating or sleeping. Other symptoms of this stage include:

At this point, this individual should be in a memory care facility or have a full-time trained staff member who specializes in dementia and memory loss as well as home care.

The final stage of dementia is where there is very severe cognitive decline to the point of requiring 24-hour care. Your loved one may be non-verbal at this stage and not be able to do much on their own. Hospice care can be an option at this stage, but you may still be able to visit with them and communicate with them, making them comfortable as much as possible. Symptoms in this stage include:

Late-stage dementia is difficult for everyone and can mean someone is in the final stages of life. Luckily there are endless sources for patients, loved ones, and caregivers to tackle this difficult time.

Resources for Dementia Patients and Their Loved Ones

And, of course, finding a local, trustworthy memory care facility can be the best thing for you and your loved one. Sunflower Communities, for example, will alleviate the burden of transitioning your loved one into memory care by providing resources, trained staff, and a beautiful facility to make it easy.

If you are facing the challenging decision to put your family member in memory care, we’re here for you. Take the first step and contact Sunflower Communities today.